It’s been and interesting week as Alan Jones cops the flak and retaliates with his usual arrogant pomposity and Tony Abbott (aka The Rabbit) tries to keep out of the spotlight. 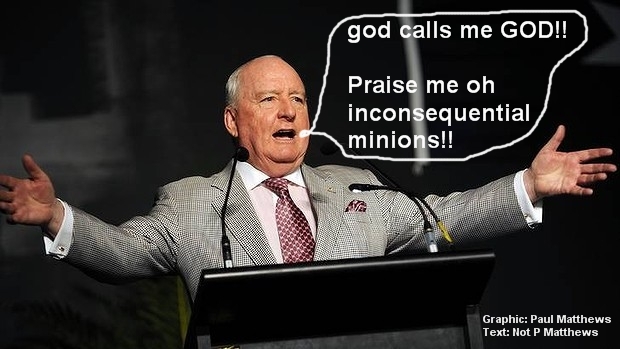 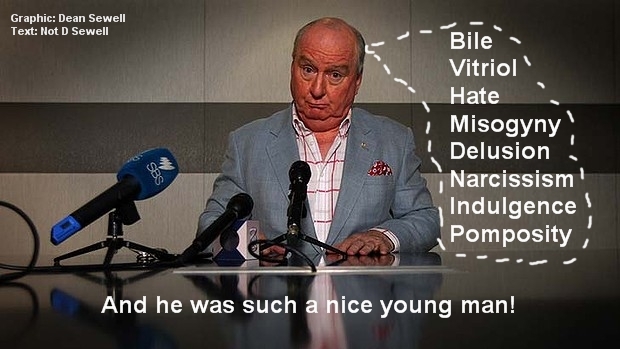 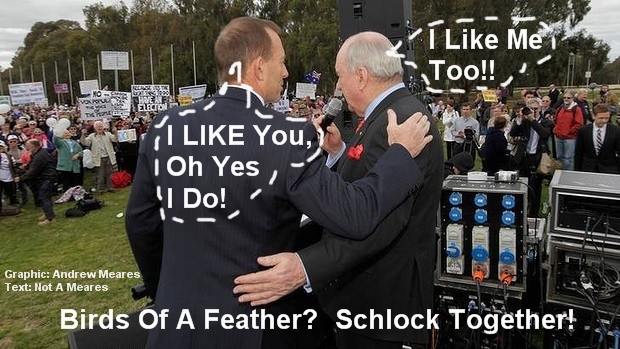 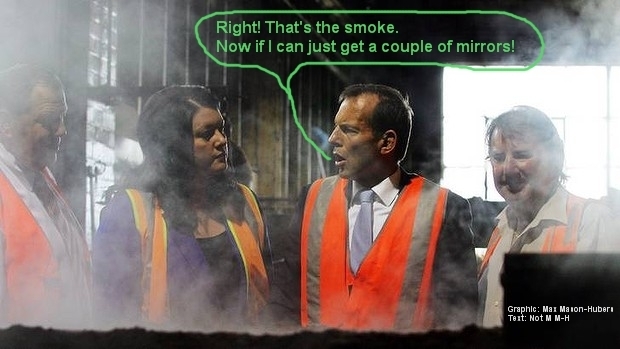 And Australians think that Alan Jones represents ‘The Battlers’ and also want Tony Abbott as Prime Minister?  God help us!

And now an apology:  “Thankyou all for deigning to read the following, this explanation of the depictions above.  You know, when I was a callow youth, an English teacher said to me: ‘You have a great command of the English language boy!  Use it to your benefit.’  That has strongly influenced how I live my life today, you know!  I find that words just flow from my mind unfettered by such trivialities as relevance, ethics and morality.  It’s a hard thing to live with, I can tell you!.  But you know, when the time comes we all ‘have to man up about the things we say and do’!”

“So here I am, ‘manning up’!  Yes, these depictions are the creations of my mind!  But you know had it not been for the various influences in my life, like that bloody teacher, things may have been radically different!  Take Monty Python for instance.  Along they come with their ridiculing of just about everything that’s true and wonderful in life.  Parodies of just about everything!  What can be expected of someone like me?  I became entrapped by their humourous ridicule!  It really does influence the way you think, I can tell you!  Their influence has been potent and what I do reflects that influence!  So is all of this my fault?  I think you can answer that one in the negative!  At best you can say that I was entrapped by others.”

“And then what happens?  Along comes the PC, and that insidious mind bender – the graphics programme!  We’ve become slaves to its influence.  The ability to find something boringly mundane and stick words on it!  How disgusting is that!  I’ve been even further enslaved!  Then along comes blogs and we are drawn further into the mire of graphical manipulations – now we can publish this stuff on line!.  And let’s not bring society into this – hasn’t it affected all of us?  Well its certainly had a substantial influence on me, I can tell you!”  Just look at what has happened to bring me before you today!”

“So there we have it!  It think that that pretty well explains my actions.  I’d love to take any questions, but I’m afraid that there are so many much more important things for someone as illustrious as me to do than sitting around responding to questions from the mediocre – so thanks for my time and bye bye!”

Australian born and bred who has spent most of his working life in R&D and IP management with earlier forays in the newspaper industry and martial arts. Fortunate enough to be living in one of the best countries in the World, even though I might get grumpy with it from time to time.
View all posts by deknarf →
This entry was posted in Uncategorized and tagged Alan Jones, apologies, callow youth, ethics and morality, freedom of speech, God, Humour, Liberal, Monty Python, politics, schock jocks, Tony Abbott. Bookmark the permalink.