Not ept pretty much describes the bunch of ne’er do well’s that Australia has voted into Federal government.  And Oz thought that the other mob were pretty bad!  I think you can safely say that the NO Coalition has pretty much excelled itself in its first 100 days in committing about the same number of stuff-ups, cock-up’s and what the US Army appropriately calls “cluster-fucks” (pardon the slanguage).  But we’re assured that Tony (Jubya) Abbott’s government has learnt from the experience!  There aren’t enough expletives to express my disgust at that piece of moronic platitudiness! Ooooooooooooh!! 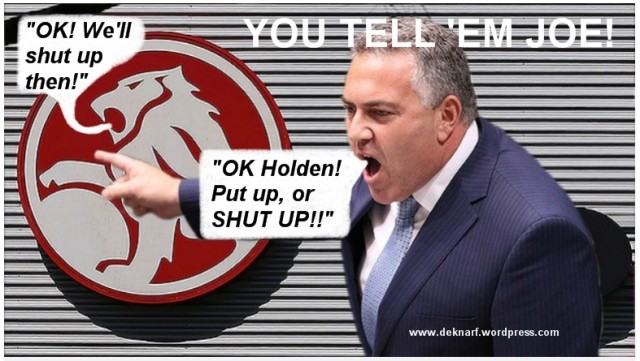 Then to thoughts about messing with the NO Coalition government and its cack-handed way of messing right back;

Will Qantas be the next wreck you’d have to ask?

Good old George (the poor man’s Atilla) Brandis has initiated a review of the free speech laws!  Given George’s predilections that lead to; 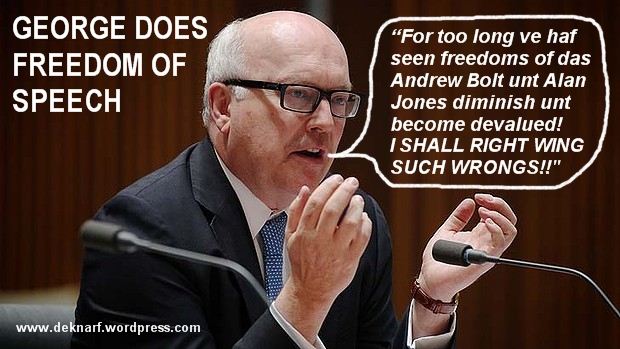 And then along came Malcolm Turnbull (aka Fraudbull) to tell us that ‘a promise, the NO Coalition would break’, but the Labor government has wasted $20 billion, so we can’t be blamed for anything, even ineptness.  At that point The Rat stepped up to the plate, to kick a few lighthearted goals, on a sticky wicket and with two batters down.  When all said and done that translated to;

John Birmingham’s (aka Blunt Instrument) comments about our illustrious Federal government caught the ratty eye as being pretty apt (rather than ept) and resulted in;

And along came John Fahey with his studded boots and helpfully ‘put them in’, leading to;

And then, just to make The Rat’s day, along came Abbott with his take on who’s side God was on, which (angelically) became; 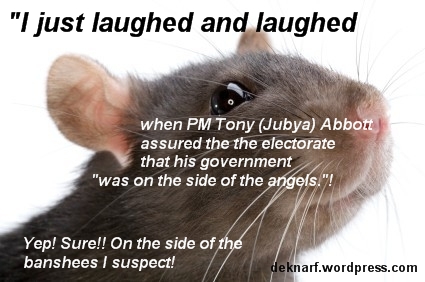 Those Ratty observations gave rise to thoughts of two-facededness;

Out of touch with reality comments; 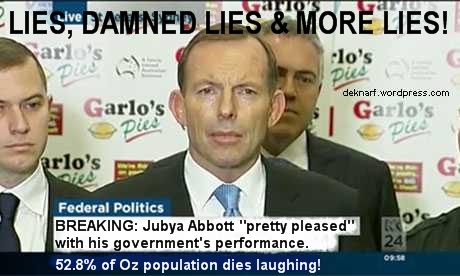 The resurgence of collective nounery, without multiple choice;

And finally the unfortunate realisation that sometimes you might be a winner for something that, although showing great promise (OK, jokingly), really turned out to be rather inept, incompetent, unskilful, unskilled, inexpert, amateurish, crude, rough; clumsy, awkward, maladroit, unhandy, heavy-handed, bungling, blundering, bumbling, botched; unproductive, unsuccessful, ineffectual, inadequate, inferior, substandard, wanting, lacking, not up to scratch, cack-handed, ham-fisted, ham-handed, butterfingered; all thumbs, all fingers and thumbs, klutzy.  And that led to the jackpot; 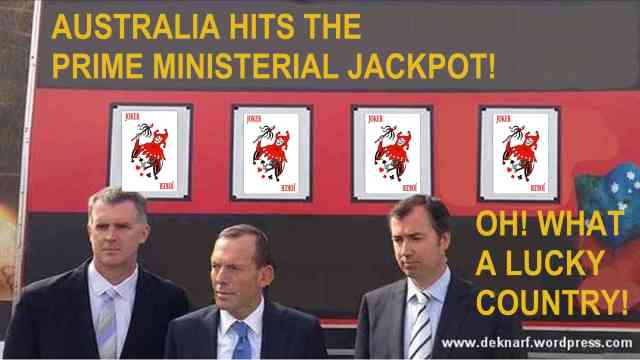 And there we have it, except for the last bit!

Postscript:  All characters appearing in this work are entirely, and amazingly, fictitious.  Any resemblance to real persons, living, dead or in a zombie like state, is purely coincidental with an exceptionally high probability of being the construct of a deluded mind trying to grasp the true meaning of the political unreality of Australian politics, al la NO Coalition!  We can only gaze upon such greatness with wonderment!

Australian born and bred who has spent most of his working life in R&D and IP management with earlier forays in the newspaper industry and martial arts. Fortunate enough to be living in one of the best countries in the World, even though I might get grumpy with it from time to time.
View all posts by deknarf →
This entry was posted in Uncategorized and tagged Australia, Australian politics, Coalition government, current-events, Federal Government, government, graphical manipulations, NO Coalition, politics, satire, Tony Abbott. Bookmark the permalink.