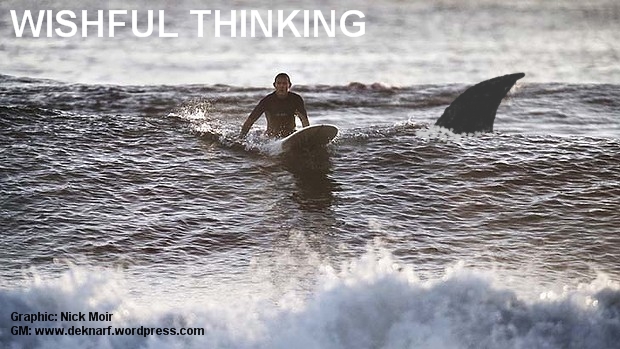 But such thoughts quickly gave way to wondering what we would do without such intellectually brilliant little . . . ah . . .  dynamo’s whose erudite utterings of puerile platitudes gave such opportunities to pillory and ridicule, and, even do a bit of pillocking with; 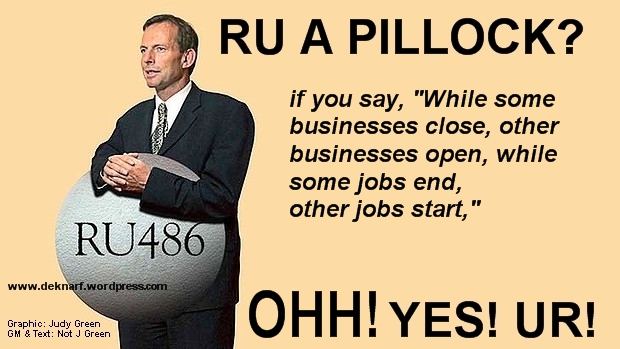 And then we have that masterful stroke of improving the opportunities for the Americanisation of the Australian labour force by removing our manufacturing base and ensuring that all our vehicles will be imported, employment spasmodically part-time and wages low; 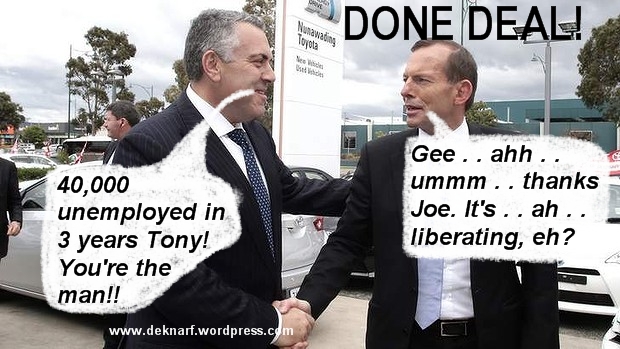 Unfortunately our Treasurer still seems a tad unsure just how the removal of entitlements applies in this modern age, and for that matter, just who it applies to; 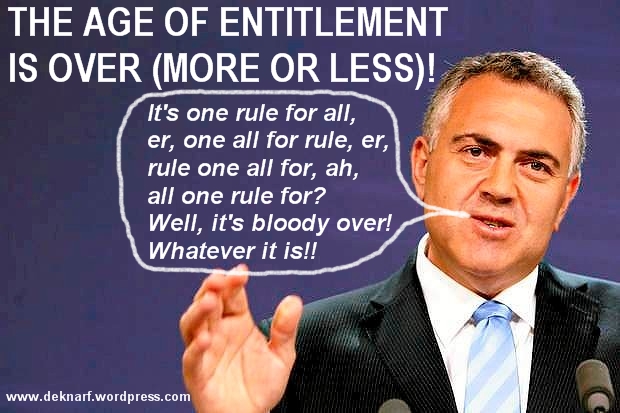 And then it’s always those things called facts (usually ignored and overlooked by any politician worth their salt) that get in the way, just when you’re really warming to your subject and telling it like it isn’t; 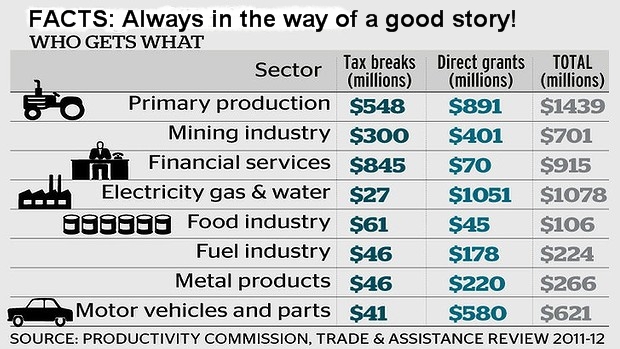 I’m just wondering whose entitlements, apart from Joe Publics, are actually over in this collection of factoids!  Well the bottom one’s a start I guess.

There’s always a time, and a place and The Rat decided that his time had come with a quick look at ‘new boys’; 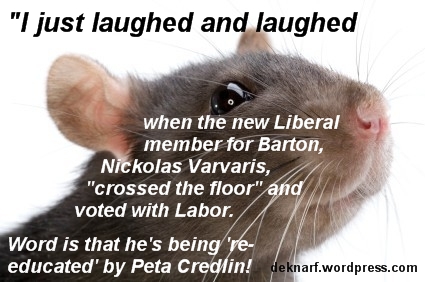 Old boys with a penchant for the grand gesture regardless of their own behaviour;

And of course references to boats.  It seems that the NO Coalition is all about boats these days.  STOP THE BOATS!  TURN THE BOATS!  BUY THE BOATS!  One major concern is that if the NO Coalition continues on its chaotic course they may have to get the populace to MAN THE LIFEBOATS!  Anyhow, Joe made sure he was into the boat thingy with; 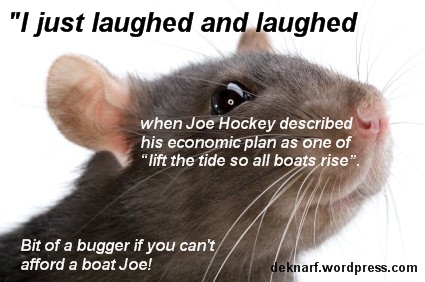 And when we could get our Prime Minister Abbott away from recreational surfing, bike riding and other relaxing pursuits he didn’t fail to disappoint; 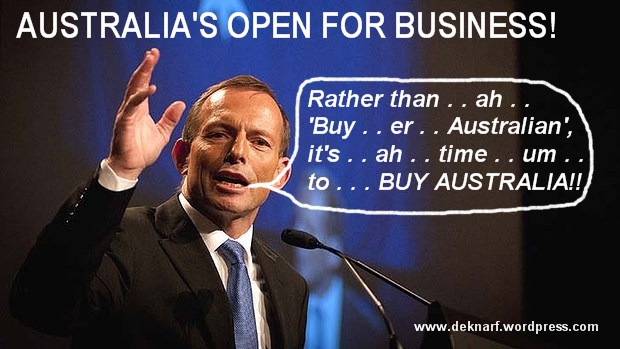 Such contemplations ultimately led to thoughts about choices.  About how it seems we made a disastrously wrong one back in September and the choices that left us with and, well, choices in general really; 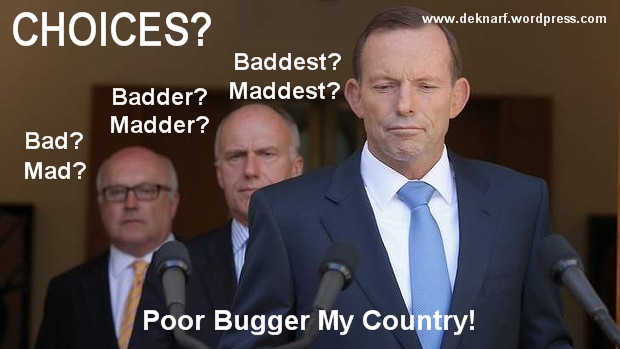 Afterthought:  This NO Coalition Government is trashing the good standing of Australia.  It cares little about its people in its fanatical pursuit of ultra-conservative ideology.  It is using the weapons of minority xenophobia, the secret fears and uncertainty of the general public and blatant propaganda, aided by a complaisant media, to turn this country into something is has never been – bigoted, racist, xenophobic, selfish, self-indulgent, self-obsessed, uncaring and a disgrace to all those things that have made Australia a great country! Tolerance, mateship, community, fairness, honesty and a love of freedom in both speech and expression!

Postscript:  All characters appearing in this work are entirely, and amazingly, fictitious.  Any resemblance to real persons, living, dead or in a zombie like state, is purely coincidental with an exceptionally high probability of being the construct of a deluded mind trying to grasp the true meaning of the political unreality of Australian politics, al la NO Coalition!  We can only gaze upon such greatness with wonderment!

Australian born and bred who has spent most of his working life in R&D and IP management with earlier forays in the newspaper industry and martial arts. Fortunate enough to be living in one of the best countries in the World, even though I might get grumpy with it from time to time.
View all posts by deknarf →
This entry was posted in Uncategorized and tagged Australia, Australian politics, Christopher Pyne, Coalition government, current-events, graphical manipulations, Joe Hockey, Joe Publics, NO Coalition, satire, Tony Abbott, wishful thinking. Bookmark the permalink.