I always find it nauseatingly insulting when those who, positioned in the top 10% of society, with their comfortable sinecures, and full in the knowledge that they will never want throughout the rest of their self-indulgent lives, deign to tell the rest of the populace that they should not expect equality, are ‘leaners’ not ‘lifters’, suck far too much from the public welfare purse, or are deserving of the most menial of payment for their labours.  This self-serving arrogance, supercilious condescension and amorality make such people undeserving of the slightest degree of respect, deserving only contempt.  Such people seem to have forgotten that had it not been for their forebears, a fortunate set of circumstances, or an admixture of both they would not be where they are now – in positions of power, privilege and wealth.  Such as these shame our species appellation of Homo sapiens (wise man).

And when those less fortunate than you seek to aspire, if not to equality, then at least to some degree of equity, you call it “class warfare” and invoke left wing extremism as your defence of people’s complaint of unfairness and inequity.  It is somewhat understandable then, that in such circumstances where there is no hope, only futility and fear that those in extremis may very well look out at the world in a manner such as this;

Thoughts of power and privilege led to consideration of our Prime Embarrassment and his gaffe prone journey around the globe.  There was some comfort that he was consulting others; 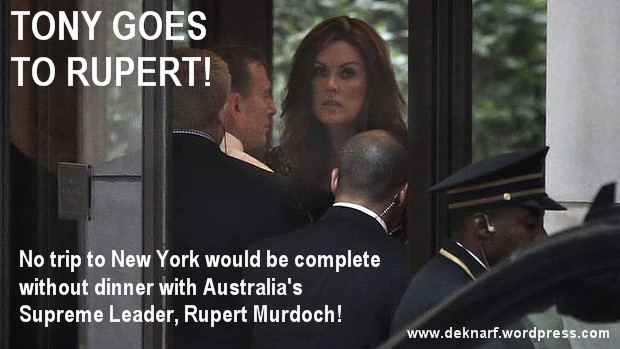 And that Peta was there to ensure that the appropriate instructions were appropriately recorded and their priority noted.  There was concern at her absence when the P.E. met President Obama that the full gist of the conversation might not have been got;

Naturally The Rat couldn’t resist putting a bit of a spin on the proceedings with his take on statements made;

On just how unproportional the proportions of wealth where apportioned;

And on how unreliable Australians were becoming related to their reliance on welfare;

Which led to thoughts about exaggerated claims; 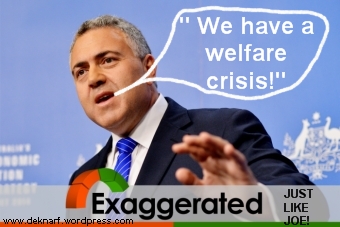 And to exaggerations generally; 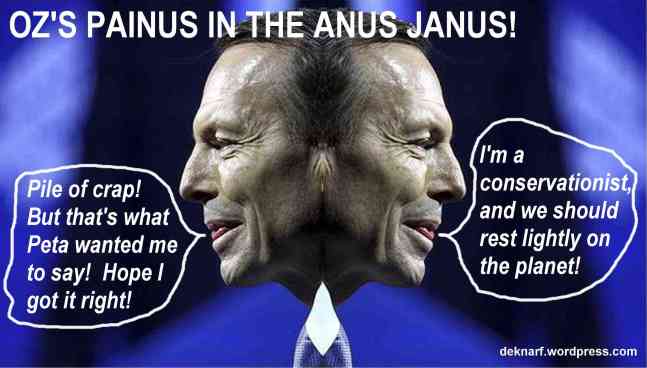 Which gave rise to thoughts that this whole business was becoming increasingly Pythonesque; 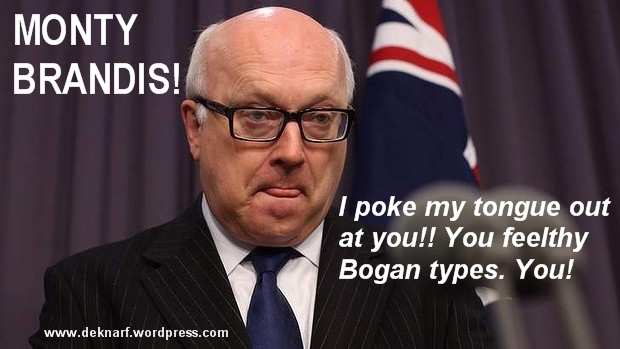 And that led to thoughts about politicians and the degree of courage they may hold about their convictions and, finally, to this;

POST POSTSCRIPT:  To whoever thought up this GM (below), I sit at your feet oh sensei sama and await the revelations of your wit!! 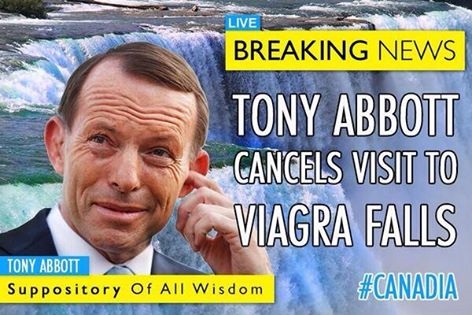 Australian born and bred who has spent most of his working life in R&D and IP management with earlier forays in the newspaper industry and martial arts. Fortunate enough to be living in one of the best countries in the World, even though I might get grumpy with it from time to time.
View all posts by deknarf →
This entry was posted in Uncategorized and tagged Australia, australian politicians, Australian politics, Coalition, current-events, Economic inequality, George Brandis, graphical manipulations, Joe Hockey, Monty Python, NO Coalition, President Obama, Tony Abbott. Bookmark the permalink.