Having just watched the ABC’s Four Corners related to surveillance our concerns about our government behaving like Big Brother under Scotty Morrison’s new Ministry Of Everything has led to the necessity of the family Deknarf turning to the craft of the spy to avoid the curious from knowing what we are up to in our usually mundane lives.  As well as secret drop letterboxes, known only to the immediate family, and changed regularly, we have also decided that we will, in future, use Once Upon A Time Codes to encrypt messages.  Before going completely covert, and in order to get the words out to those in the know, “The Pokey Little Puppy” will be used to advise of the next once upon a time code.  Let me assure all of you that ‘the grey dog has found the bone”.  You know what I mean!!

In plain text:  Dear Government authorities, if you are watching, listening, tracking etc, etc, do us a favour and “follow”.  I need all the followers I can get!   😉

We discovered another cartoon which seemed to ideally suit Australia In Retrograde under Trusty Team Australia and their commitment to do their very best for our venerated and respected oldies out there. 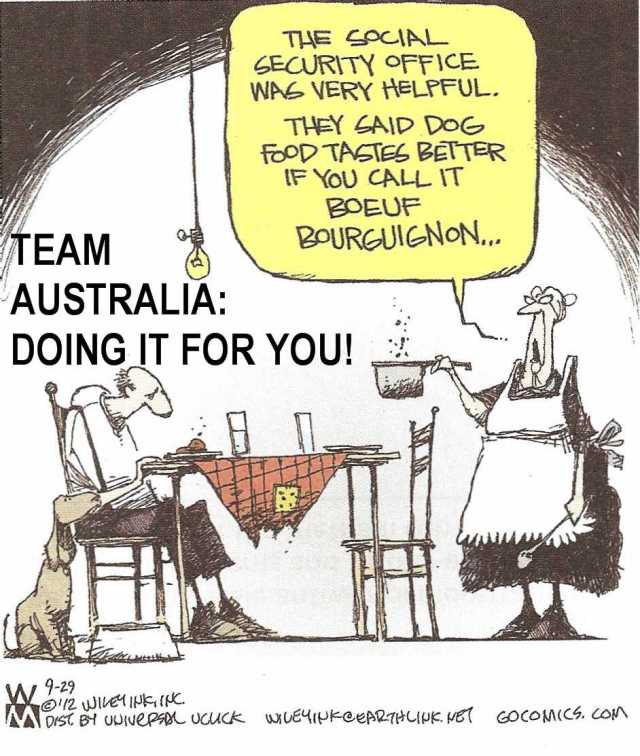 We were naturally pleased when concerns were raised in the Lieberal/Neutered Puppy party room that politician’s entitlements might no longer be ‘entitled’ so to speak.  Our thanks go to Broadbent, Entsch and Macdonald for raising the issue of the Disappearance Of Rorts. 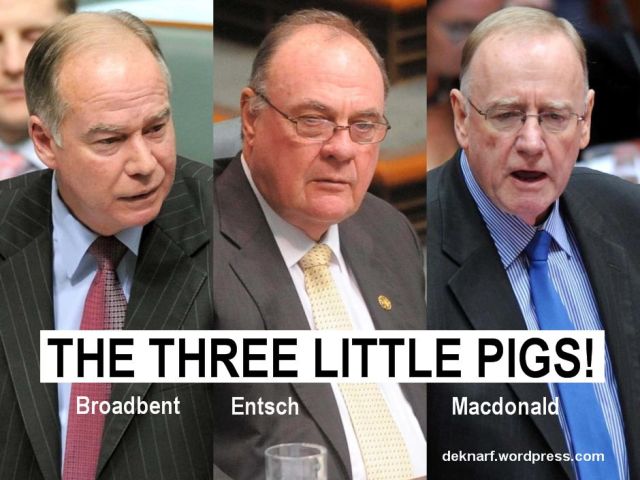 It was noted that our Beloved Big Brother is increasing his rhetoric about the extremist ISIS as he seeks to garner support (especially in his polling) for the ‘not a war’ in Iraq. 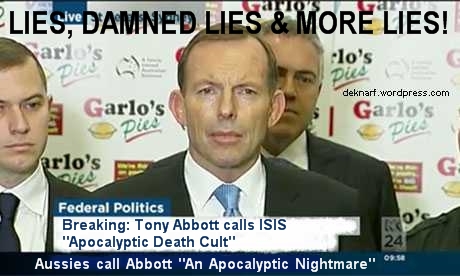 The Bloody Rat, ever ready with a cheeky comment or two let us know that his faith in the intelligence of the Australian voter had been considerably enhanced by recent events. 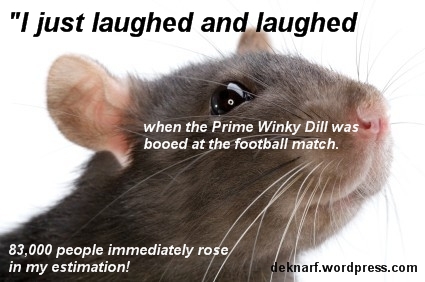 Was pleased to see that the Government wasn’t letting up on those leaning unemployed young people who had nothing better to do than get fat and entertain themselves. 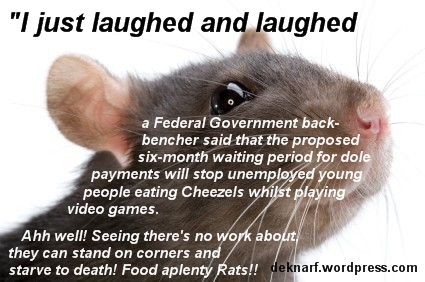 Noted that the rampant pork barrelling within the Parliamentary Halls was also trickling down to appropriate electorates. 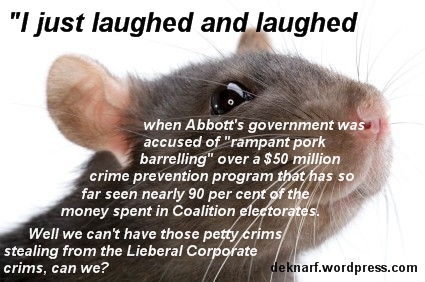 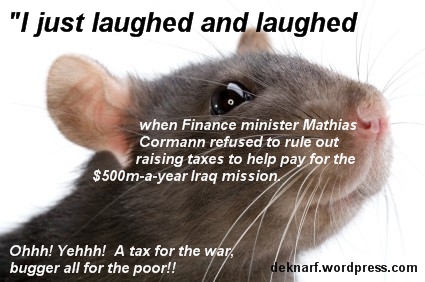 And finally he was most impressed with the complete nonchalant disregard that our mainstream media had for the new security laws and how they might end up in prison if they’re not very careful.  Still, given the decline in the MSM, I suppose prison is a low cost alternative to redundancy, the dole queue and soup kitchens, eh? 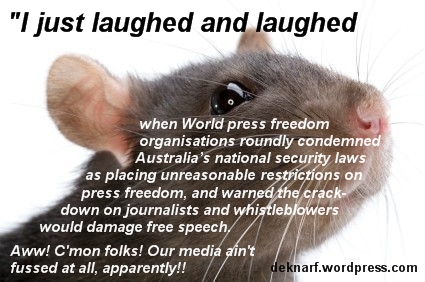 With The Rat gone we thought, once more, of our bright new future under Big Brother and Team Australia and a calmness descended upon us. 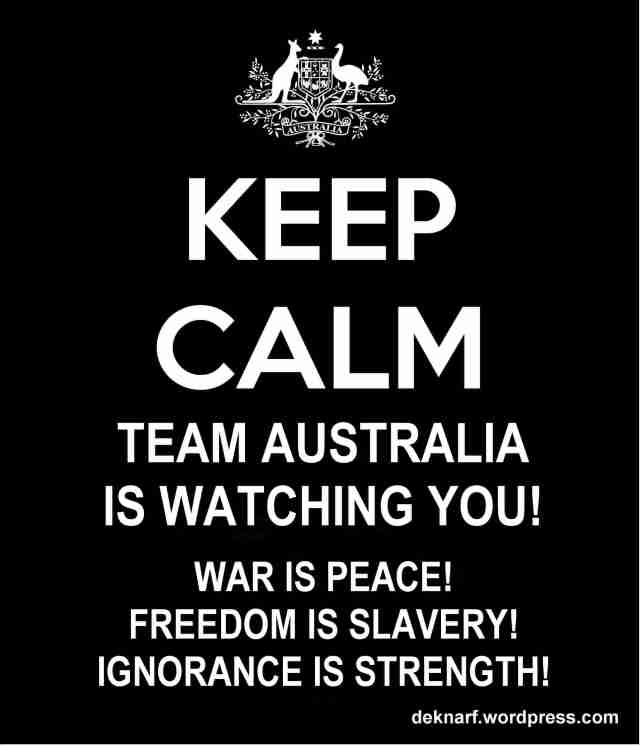 Only to be unnerved by thoughts about miniaturisation and the awful truth that we are being surveilled!! 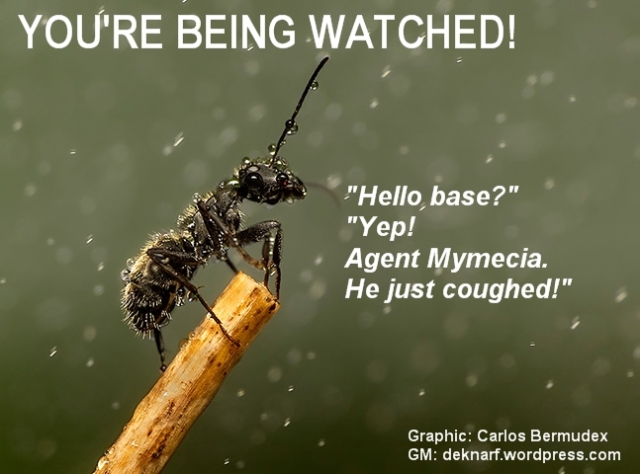 Australian born and bred who has spent most of his working life in R&D and IP management with earlier forays in the newspaper industry and martial arts. Fortunate enough to be living in one of the best countries in the World, even though I might get grumpy with it from time to time.
View all posts by deknarf →
This entry was posted in Uncategorized and tagged Australian politics, Coalition government, current-events, graphical manipulations, politics, satire, Tony Abbott. Bookmark the permalink.