Well! It’s been confirmed that there are moves, albeit initial, to formerly alter the Australian honours system to give gongs more appropriately referred to as “Mates”! And not to be left in the lurch, there are strong moves to give gongs to the female of our species which will be named “Sheilas”.  Apparently there are three Shiela grades determined by the level of their contribution to the Australian way of life.  These will be know as “Good Shiela”, “Great Sheila”, and “Bonza Sheila”, the latter being the epitome of she who is the greatest!  As yet the “Mates” grading is to be determined.  Apparently, “Bewdy” “Ballsy” and “Whack Im” are under consideration.  Stay tuned!

We’ve always been fascinated by the convoluted attempts by politicians to make concentrated moo poo sound like irrefutable logic.  Our thanks go to Eric Abetz for providingus with an exemplary example!!

Courtesy of someone at Prime Minister Rabbott’s address to the National Murdoch Press Club a photographic collation of three of Team Tony’s major supporters was provided for our erudition.  We erudited as follows.

We were pleased to hear that the comedic review being played at the theatre on Capitol Hill in Canberra was receiving rave reviews.  “A laugh a minute”, was one theatre-goer’s comment on the funny phantasmagorica of the Team Stralya Review.

Rat popped in for a quickie related to lawyers and royal commissions and hefty sums.  He felt that the good character of Rats was being besmirched.

Our monkeys had their view of the goings on in the Lieberal Party and felt that Teresa Gambino might be setting her sights on greater things – or a Rabbot roasting!

We continued to hear that the backbench was far from settled with regard to the Prime Winky Dill’s promise to reform, especially after he told a white lie or two to the South Australian’s to retain their vote – well that’s the rumour anyhow! 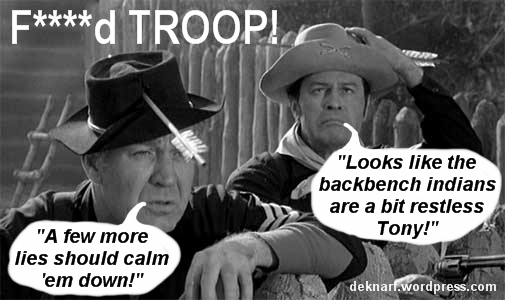 And given the scare tactics and propagandising of the past few days attempts at light-heartedly looking at the comedic throes of a Prime Winky Dill in trouble became dark and fraught with images from darker days, bringing other days and people to mind.

Rat, ever the optimist, sought to bring some light into dark places.  Fail Ratty! Fail!!

And at that juncture it was felt that Australia was certainly in danger, but that that danger was more associated with the forces within than those without.  Which led to: 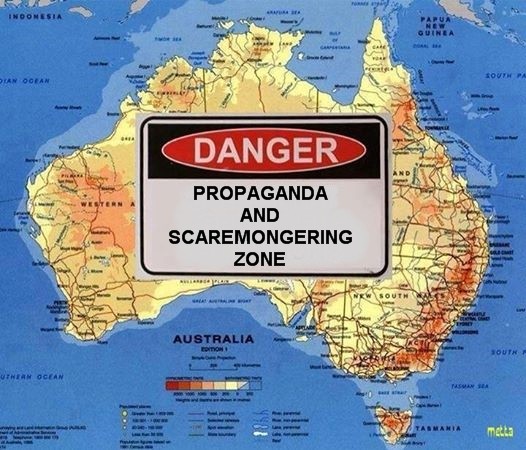 So we consulted Gourd with the question;  “Oh Gourd!  How do we bring some light to the darkness?”  The reply was somewhat intimidating!

POSTSCRIPT: All characters appearing in this work are entirely, and amazingly, fictitious. Any resemblance to real persons, living, dead or in a zombie like state, is purely coincidental with an exceptionally high probability of being the construct of a deluded mind trying to grasp the true meaning of the political unreality of Australian politics, al la NO Coalition! We can only gaze upon such greatness with wonderment!

Australian born and bred who has spent most of his working life in R&D and IP management with earlier forays in the newspaper industry and martial arts. Fortunate enough to be living in one of the best countries in the World, even though I might get grumpy with it from time to time.
View all posts by deknarf →
This entry was posted in Uncategorized and tagged Australia, Australian honours system, Australian politics, current-events, Eric Abetz, graphical manipulations, Joe Hockey, Julie Bishop, Mathias Cormann, National Murdoch Press Club, NO Coalition, satire, Scott Morrison, Teresa Gambino, Tony Abbott. Bookmark the permalink.
Ærchies Archive - Digital Detritus