Flabbergasted (adjective): astonished, astounded, confounded, dumbfounded, non-plussed, overwhelmed, speechless, staggered, stunned, surprised, thunderstuck! Yep! All of those! So our Government appears to be willing to pay criminal dealers in death, low life, disgusting, immoral, purveyors of inhumanity, that’s people smugglers to us, taxpayer’s money to turn their boat full of asylum seekers back for the payment of US$5,000 per crewman? I suppose that there will be lots of return trips by people smuggler boats – will that be classified as “double dipping”? One also wonders when there will be more “crewmen” on a boat than asylum seekers!

It behoves me to congratulate this Lieberal/Neutered Puppy Government. So. Congratulations! Until now I had thought that you had truly reached the absolute bottom of the cesspit in your incompetence, crassness, self-serving, nationalistic behaviour, but you have truly found even greater depths in the cesspit that you can descend to by condoning the payment of money to those who you describe as murderous criminals! What indescribably disgusting people you truly are!!

And that brought us to this.

And introduced us to the latest addition to the fleet guarding our frontiers from the incursion of those evilly criminal people smugglers.

Our Erudite Rat thought that he might have an appropriate quotation for the moment.

And our political rat was impressed with the succinct nature of the hooky, crooky quote! 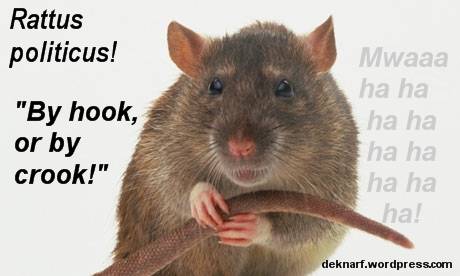 That Bloody Rat thought that in creativity our people smugglers have worked out how to “have it both ways”!

And while not giving a stuff about windfarms he was on the Rabbott’s wavelength with regard to things that had potential health impacts.

It was thought that there had been some omissions from the text of Prime Minister Rabbott’s intro to Regional Summit to Counter Violent Extremism, so attempts have been made to reconstruct the entire message.

Which led, unnaturally, to concerns about the increasing extremism in Rottnest Island quokkas, intent on pursuing their own version of religious reality. This from their spokesquokka Setonix Brachyurus Daesh! 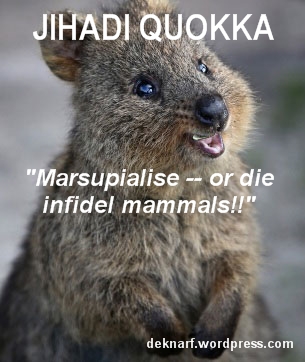 The toads were somewhat pleased with the most recent Morgan Poll which seemed to indicate that the Australian populace might, finally, be waking up to the political reality of a Lieberal/Neutered Puppy government. 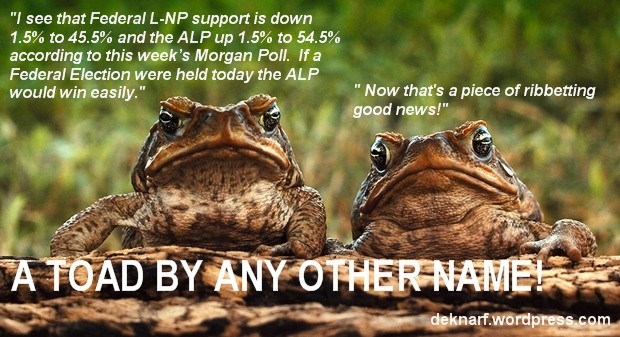 And after approaching the fount of all wisdom, and beseeching a few words of wiseness, his Gourdliness spake thus; 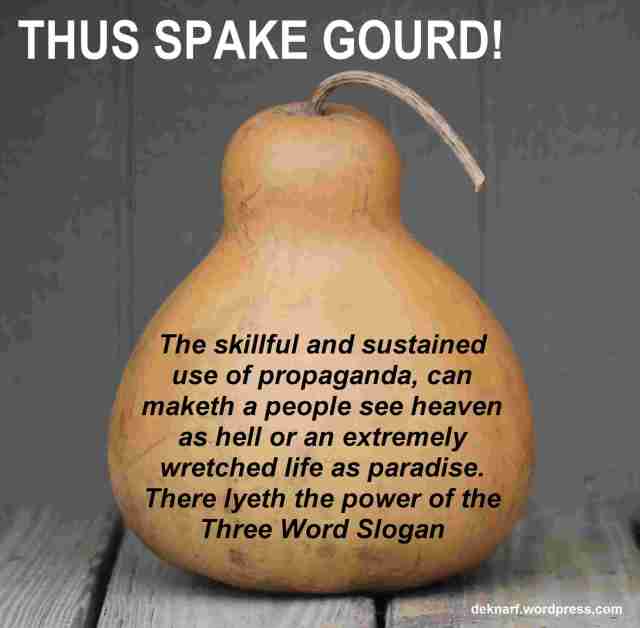 Australian born and bred who has spent most of his working life in R&D and IP management with earlier forays in the newspaper industry and martial arts. Fortunate enough to be living in one of the best countries in the World, even though I might get grumpy with it from time to time.
View all posts by deknarf →
This entry was posted in Uncategorized and tagged asylum seekers, Australia, Australian politics, current-events, graphical manipulations, satire, Tony Abbott. Bookmark the permalink.